From Tokyo bars to a Buddhist temple, for millions of Japanese football fans the emotions were the same — pinch-me optimism to crushing disappointment, all in the space of 25 agonising minutes.

As dawn broke over the country, during the closing stages of Japan’s last 16 match with Belgium in Rostov-on-Don, the Samurai Blue were 2-0 up and on course for their first World Cup quarter-final.

But by the final whistle, substitute Nacer Chadli had scored in injury time as Belgium fought back to win 3-2, stunning Japan’s packed bars and viewing areas into silence.

“I’m so frustrated,” Ryota Iwakiri said bitterly at a bar in Tokyo’s Shinagawa business district, as others tried to hold back tears.

“The game was like a roller-coaster. They let us dream of a victory at one point. They really had good momentum,” said Yuki Kakishita, an employee at a real estate agency.

Fans at the bar, some dressed in their team’s blue strip and with Japanese flags painted on their cheeks, had exploded with joy when Takashi Inui scored the team’s second goal.

“We were so excited when Japan took the lead. But Belgium were so tough,” said Shimon Otomo, a businessman still wearing his suit and tie.

Many fans at a public screening held their heads in their hands as Japan’s campaign came screeching to a halt.

At one Zen temple in the central prefecture of Shizuoka, hosting a public viewing event for the first time, the chief priest led fans in chanting a Buddhist sutra after the game.

“We asked visitors to watch the game calmly but everyone, myself included, couldn’t help but jump and shout when Japan scored,” the priest, Taiko Ishida, told AFP.

“It was a dramatic ending. The result was so regrettable,” he added.

The result was painful despite the dire pre-tournament predictions for Japan, who dumped their coach in April and had not been expected to make it out of their group.

New coach Akira Nishino was also bitterly criticised for ordering the team to run down the clock in their final group stage match, knowing a 1-0 loss to Poland was enough to advance.

Many fans also consoled themselves with the fact that the team made it so far, and got so close to an unprecedented quarter-final spot.

“We lost, but they left everything on the pitch,” said 23-year-old Sawa Okada.

“Japan showed people that they are competitive on the world stage,” added Iwakiri.

Prime Minister Shinzo Abe took to Twitter to praise the team, saying the entire country had been “deeply moved by watching you do your best until the final second”.

World Cup fever has gripped Japan despite a time difference that meant Monday’s match aired from 3:00am on Tuesday local time.

In Tokyo, as the result sank in, people began to drift out of bars, heading into the subway where early-bird commuters were already making their way in to the office.

“It was worth staying up late to watch it,” said Otomo, polishing off a cocktail and straightening out his suit.

“I’ll have to go straight to the office now though, time to work hard again.” 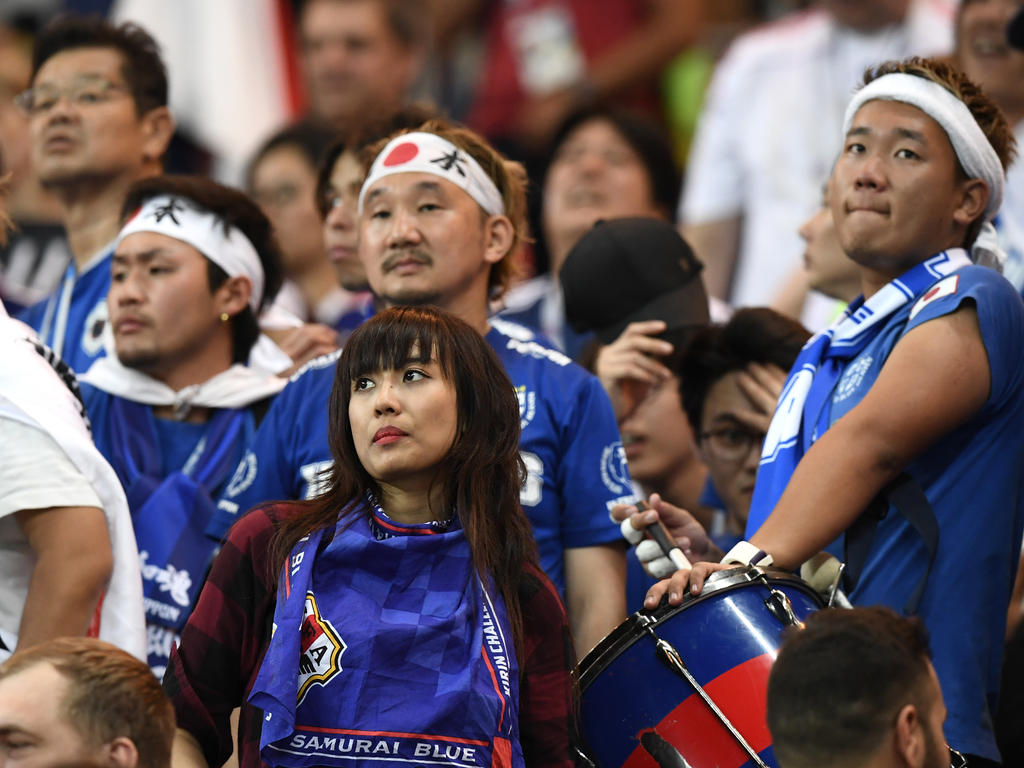