Premier League side Manchester City are understood to make a bid to sign Lionel Messi from Barcelona in the summer, according to a report by The Athletic. ManCity’s ownership group understands that their chances of signing the Barcelona star are slim.

Officially, City believe that there is no chance to land the 32-year-old superstar. Unofficially, it is believed that Messi, who has a market value of $154 million (£126 million), has a clause in his contract that would allow him to leave on a free transfer and that he might be willing to trigger it.

The Premier League champions have come close to sign Messi in 2016. Instead, the forward signed a new contract at FC Barcelona, which has made a transfer impossible ever since. Messi’s contract, however, is expiring in 2021 and a recent report by the German magazine Der Spiegel has suggested that the 32-year-old forward is upset with Barcelona’s dealings on the transfer market and the sporting project in general.

Potentially, bad news for Barcelona, who want to renew Messi’s contract, one which would see him earn close to €1million ($1.1 million) in salary every week. But Messi doesn’t want money, he wants a sporting project, which is an argument that could work in City’s favor this upcoming summer.

Manchester City’s ownership group are well known for their ability to play the long-game when it comes to landing their transfer targets. Manager Pep Guardiola had been the club’s target since 2012 but was only signed four years later in 2016. The coach was ultimately convinced by ManCity’s ability to put together a long-term sporting project, a strategy that could now also work with Messi.

Whether Guardiola would be happy about the signing is another question. The manager would certainly take on Messi with open arms, according to the report by The Athletic. But the manager is also conflicted by the idea, as he believes that Messi should retire at Barcelona. With Guardiola, however, entering the final year of his contract, ManCity’s ownership group is desperate to freshen up the squad to ensure that the players will follow the49-year-old Spaniard for another year.

Lionel Messi to Manchester City? Check out all the latest rumors! 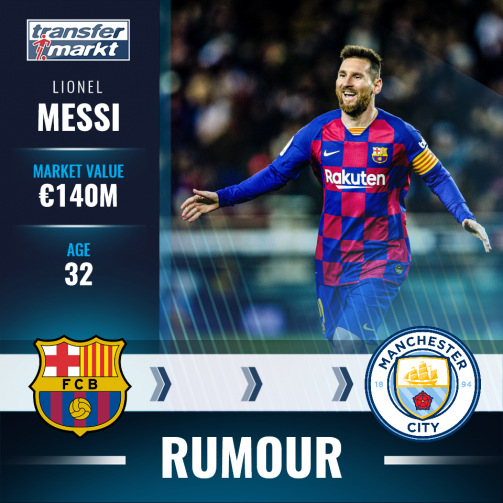